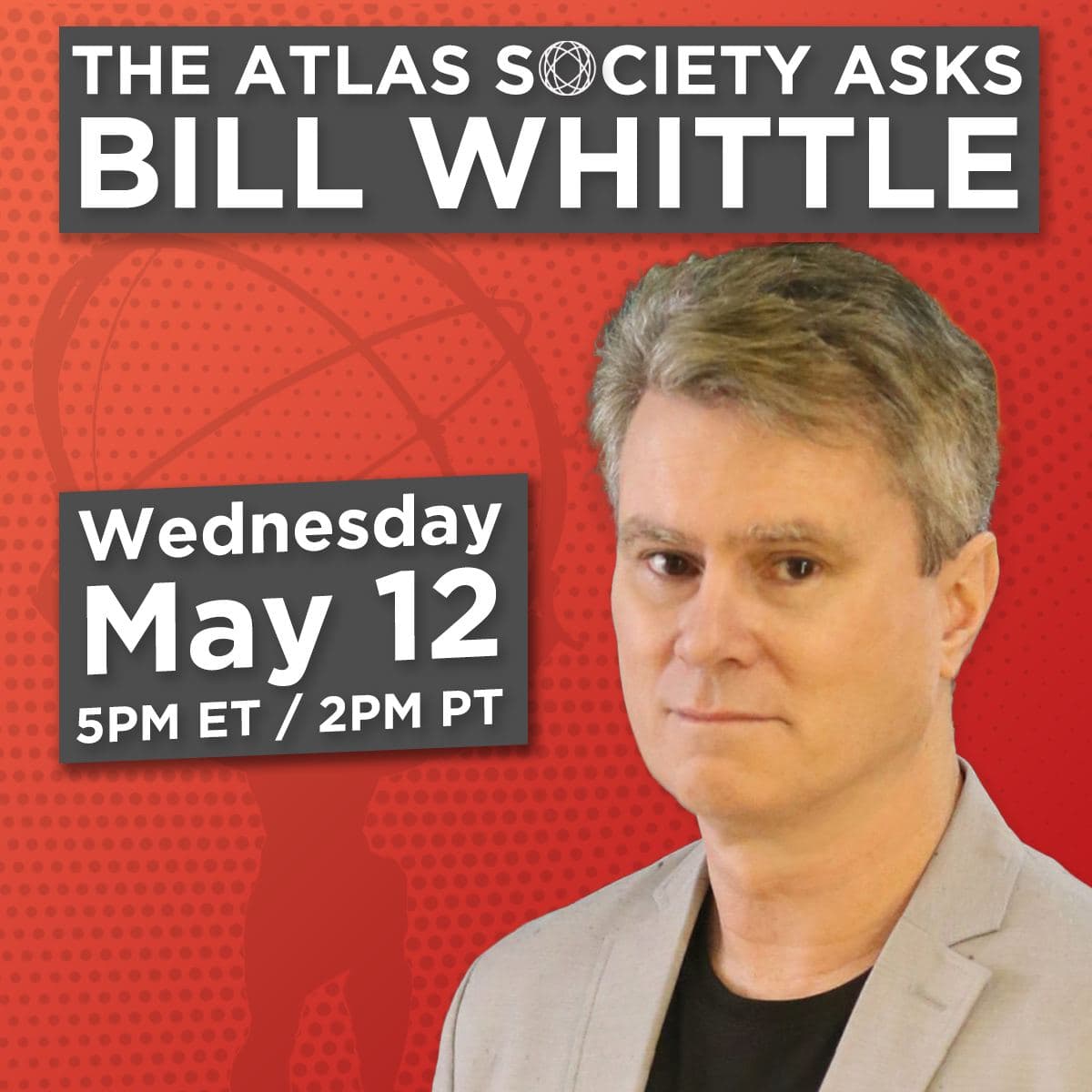 Join us for The Atlas Society Asks Bill Whittle on May 12 @ 2 PM PT / 5 PM ET Bill Whittle is a writer, film director, political commentator and YouTuber who focuses on America, history, and conservative values. He is the co-host of Bill Whittle Now and  Right Angle, in which he and his co-hosts share their thoughts on topics in the news. He is also known for his FIREWALL video essays. His first book, Silent America: Essays from a Democracy at War, is a collection from his first blog, Eject! Eject! Eject!, where he wrote personal narratives and long format essays which discussed current events and political philosophy. Whittle is also an instrument-rated pilot of glider and light aircraft.

Register for the webinar HERE.