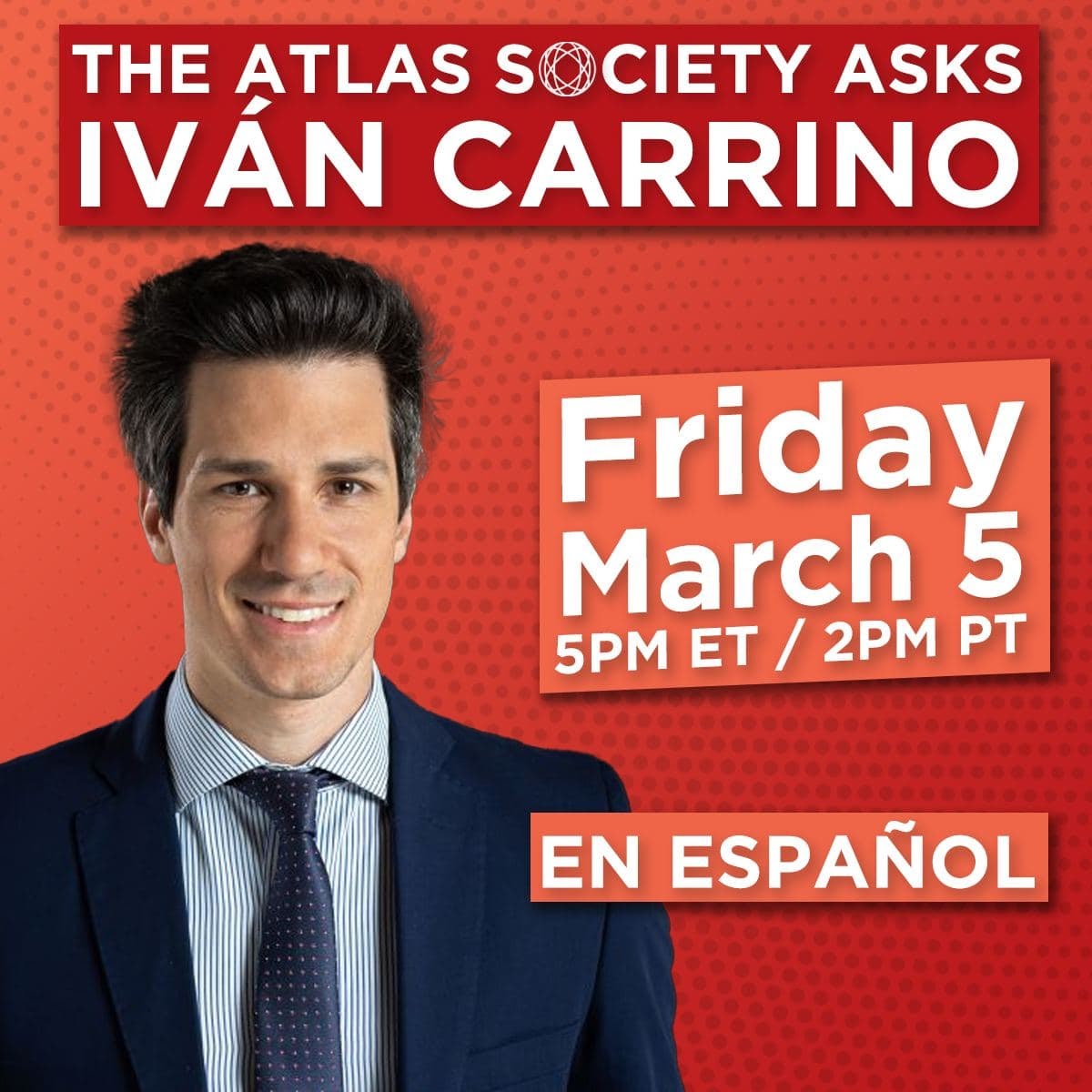 Join us for a special Facebook Live episode of The Atlas Society Asks Iván Carrino IN SPANISH on March 5 @ 2 PM PT / 5 PM ET Iván Carrino is an economist, writer, lecturer, and director of Iván Carrino y Asociados, an economic and financial research and advisory company, along with being a professor and the Deputy Director of the Master’s Degree program in Economics and Political Science at the ESEADE University Institute in Buenos Aires. Some of his books include Cleptocracia (2015), Estrangulados (2016), Historia Secreta de Argentina (2017), and El Liberalism Económico en 10 Principios (2018). This conversation will be in Spanish only but if you would like to listen in on the conversation, register for the webinar HERE.