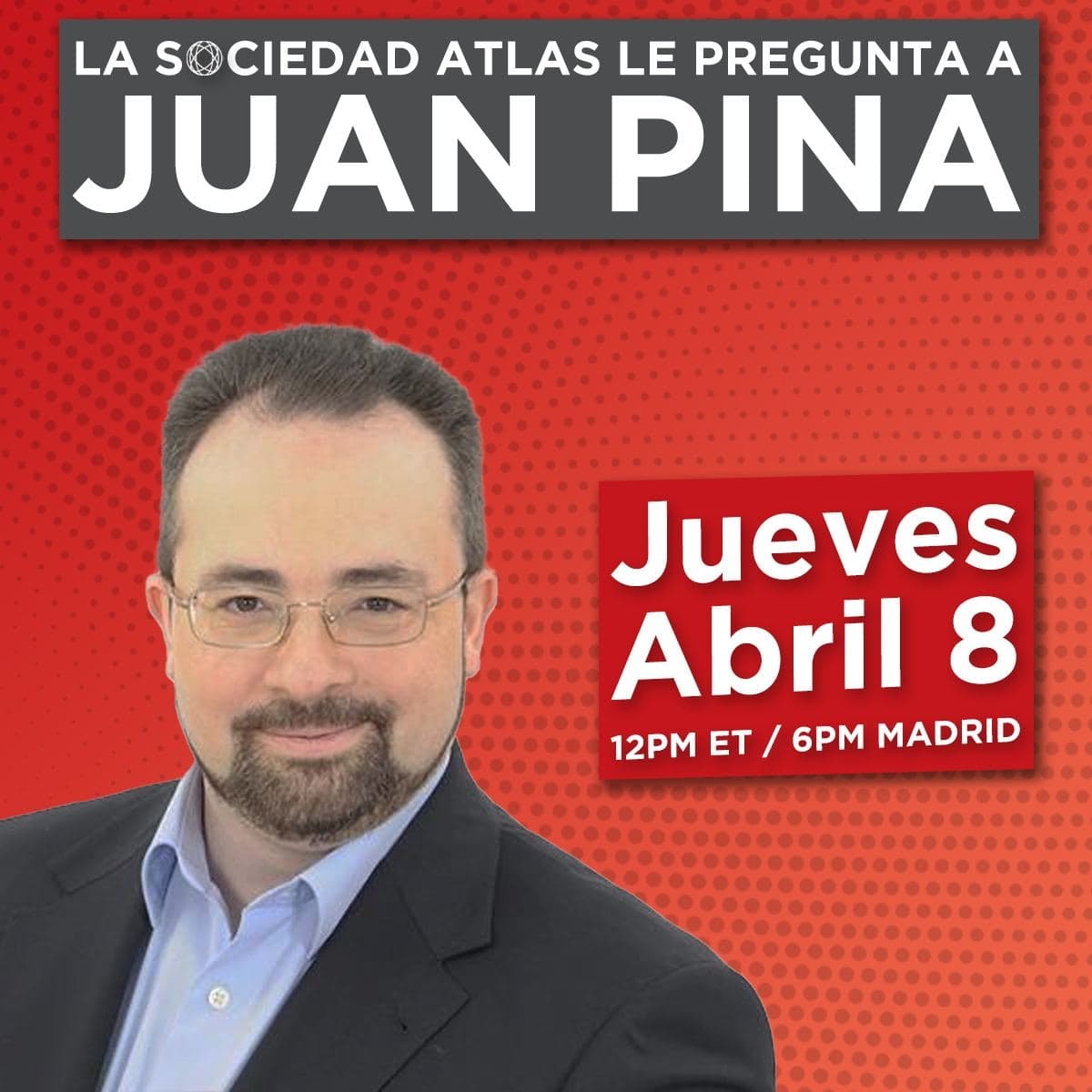 Join us for a special Facebook Live episode of The Atlas Society Asks Juan Pina IN SPANISH on Thursday, April 8 @ 9 AM PT / 12 PM ET Juan Pina has been a writer, policy advocate, international delegate, and founder of several news outlets, publishing nearly a thousand opinion articles in newspapers, magazines, and digital media across Europe, the United States, and Latin America. His latest book “Adiós al Estado-nación” came out in 2020 and deals with political governance from a Libertarian perspective. As the current Secretary-General of Spain’s Fundación para el Avance de la Libertad (Fundalib), Pina leads in the organization’s mission to promote the advancement of individual human Liberty in all of its aspects and the success of the organizations which further and defend it. This conversation will be in Spanish only, but if you would like to listen in on the conversation, register for the webinar HERE.