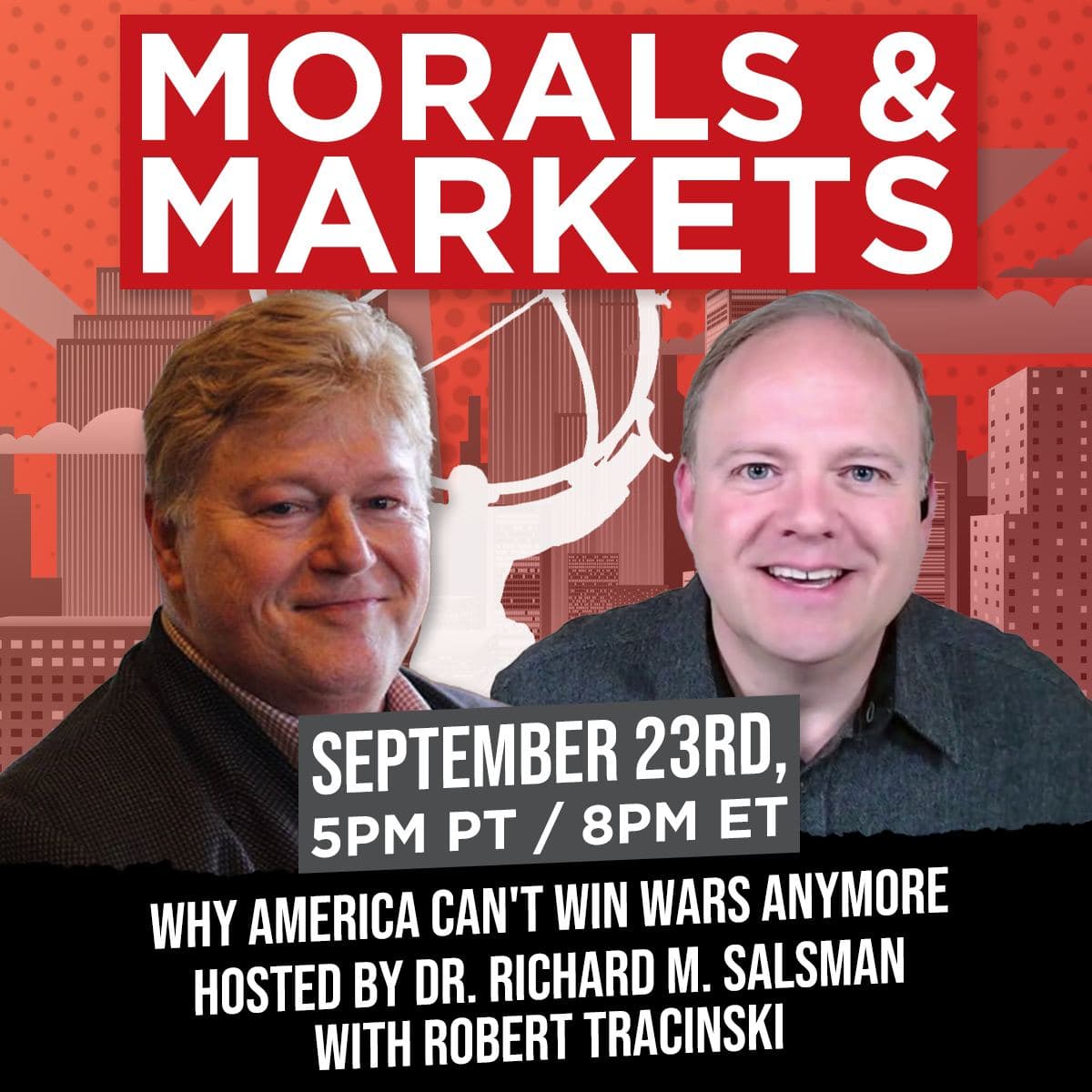 The U.S. won the “Cold War” but hasn’t won a “hot” war since World War II. It’s been 0-5 since 1945. Korea. Viet Nam. The Gulf War. Iraq. Afghanistan. Why? The U.S. has had a large, strong economy, the best weaponry, and superb soldiers; yet it loses to far-inferior foes, costing thousands of American lives, trillions in American wealth, and a large measure of national pride. Instead of being guided by national self-interest, U.S. foreign policy embodies the alleged “nobility” of self-sacrifice (altruism) and thereby appeases and emboldens enemies. Presidents and military leaders (“top brass”) have accepted much of the anti-Americanism preached for years at universities and even in military academies. This can be fixed, but it’ll require a moral revolution – a case for both realism and egoism in foreign affairs.

For additional information and in preparation for the event, feel free to review the ABSTRACT which includes links to recommended reading.

‍Join us for Morals & Markets on September 23rd at 5pm PT / 8pm ET to discuss “Why America Can’t Win Wars Anymore.” After Dr. Salsman’s 20-30 minute topic introduction there will be another 60-minutes available for discussion, questions, and debate!