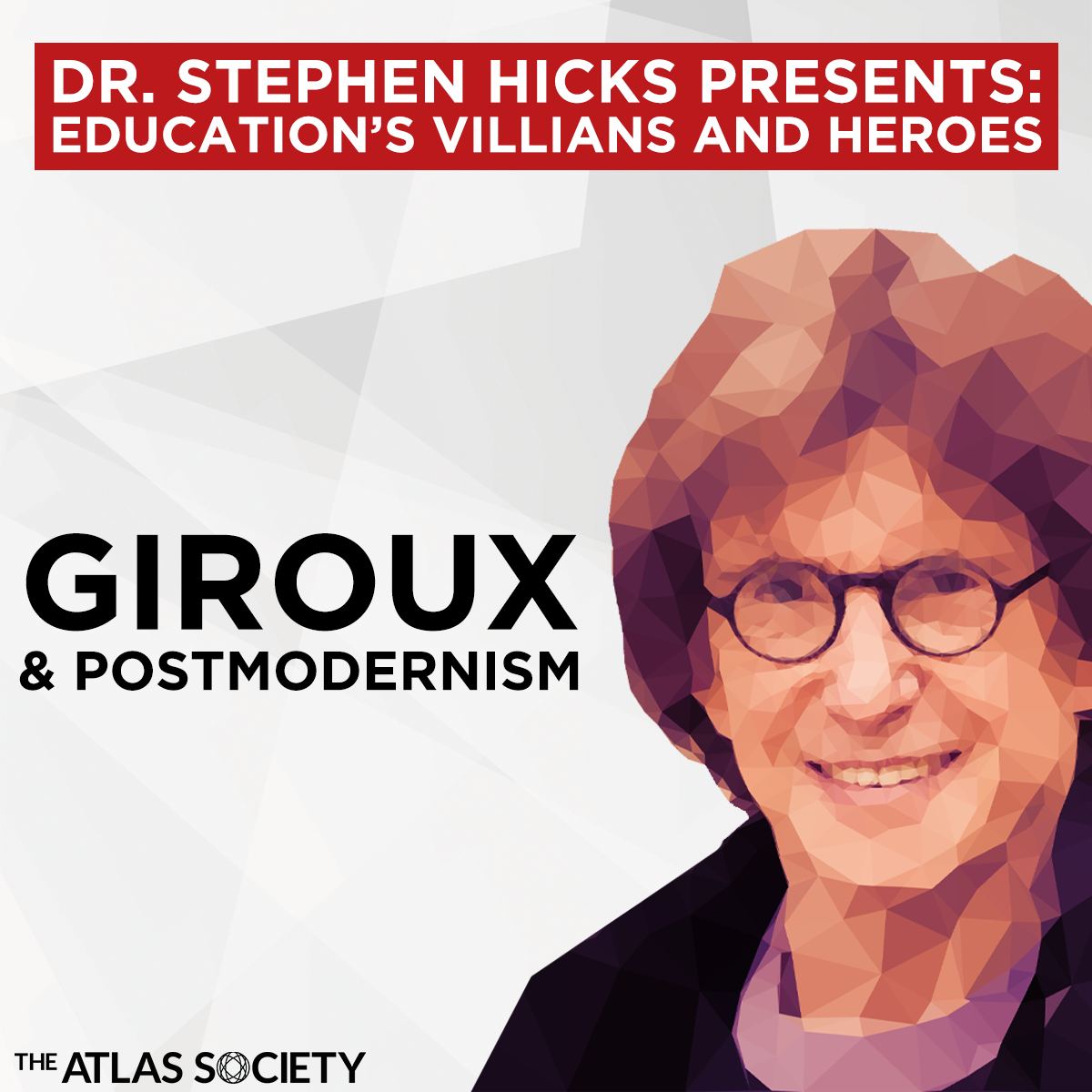 "Join us as Dr. Stephen Hicks kicks off his next 8-session Atlas Intellectuals Course entitled Education's Villains and Heroes. From Plato to Kant, Rousseau to Rand, Dr. Hicks will delve into the minds who shaped the most influential philosophies of education and whose ideas inspired their followers to put their vision into practice.

Today, this course is more relevant than ever as America battles over the philosophies being used to shape the minds of our children.  Join us and leave each session armed with the tools to discuss and debate from an educated perspective rooted in an understanding of the evolution of the Philosophies Of Education!"