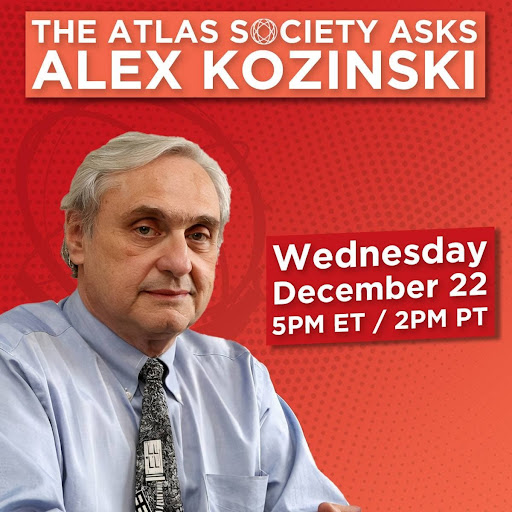 Join us for The Atlas Society Asks Alex Kozinski on December 22 @ 2 PM PT / 5 PM ET. Alex Kozinski is a Romanian-born jurist and lawyer who sat as a judge on the U.S. Court of Appeals for the 9th Circuit from 1985 to 2017. Growing up a committed communist, Kozinski became “an instant capitalist” when he first experienced the forbidden luxuries of bubble gum and bananas while on a trip outside of the Iron Curtain in Vienna, Austria. As a judge, he has presided on many influential court cases, always committed to preserving freedom of speech. Join the conversation to ask your questions LIVE on Facebook, Instagram, Twitter, YouTube, and LinkedIn or register HERE on ZOOM.